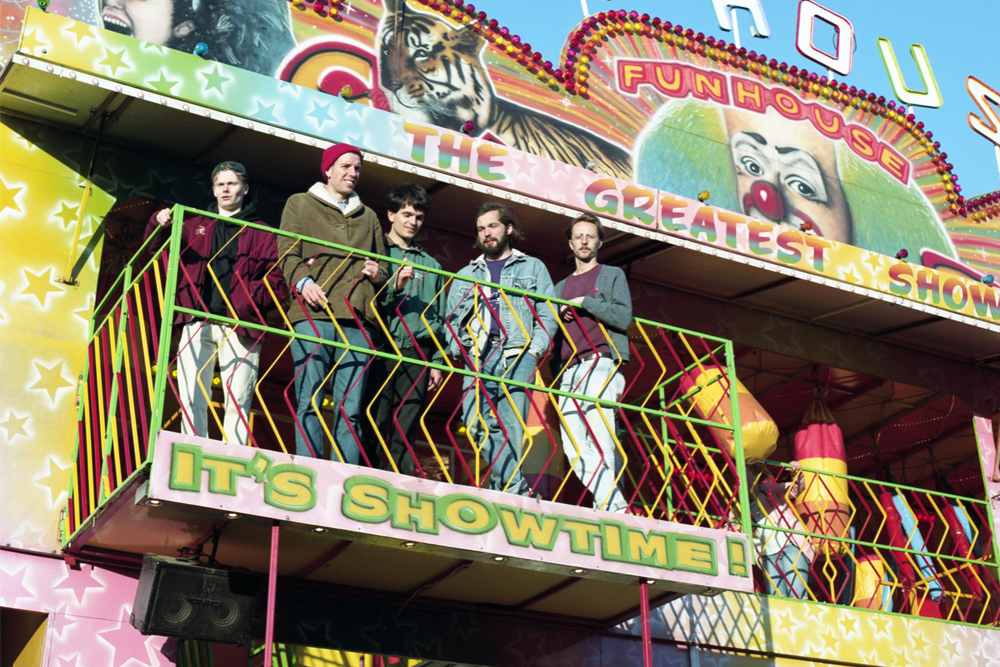 Today we're delighted to unveil the fourth part of our Postcard Club, a brilliant new single from Cornish supergroup The Golden Dregs. A while back when we first released The Golden Dregs, I wrote the following:

In terms of people I have met since I started the label, Ben Woods was probably one of the first. Having tagged along with The Black Tambourines to the release party for aih02, he drunkenly haggled me down to 20p for a New Years Evil shirt. Since that formative night our paths have crossed many more times and with each occasion he seems to make more of an impression.

Although that was almost three years ago (for the release of The Life Aquatic), that last line still stands true. With each recorded output he exceeds what has come before and that is certainly true of new single 'Congratulations'. It was also an excuse to dredge back up the 20p story #notoverit.

Although led by Ben Woods, the project has always been collaboratively assembled as a recording project and that is certainly true of this latest cut. Ben gets by with a little help from his friends, notably Jake from The Black Tambourines doing some obscene things with the keys. The song unfurls with some wonderful couplets delivered like a red hot knife through a vat of room temperature butter and although the title suggests a celebratory tone the song actually strikes a much more somber reflective note.

Whilst NME originally tried pinning the anti-garage tag on The Golden Dregs, a more accurate tag would be 60s tinged baroque pop (not quite as catchy is it?). Think the Proper Ornaments if they'd spent their youth drinking on a Cornish beach or Crystal Stilts if they spent less time noodling.

Congratulations is released as part of our Postcard club and is available to order right now as a handwritten postcard with a download code, it'll also be available from all the normal digital places on the 28th April. Finally, for people who like parting with cold hard money, the single will be available at a couple of Golden Dregs shows coming up next week:

29th April - The Lock Tavern, London w/ Goddam Nobody
30th April - Sounds from the Other City, Manchester for Family Tree