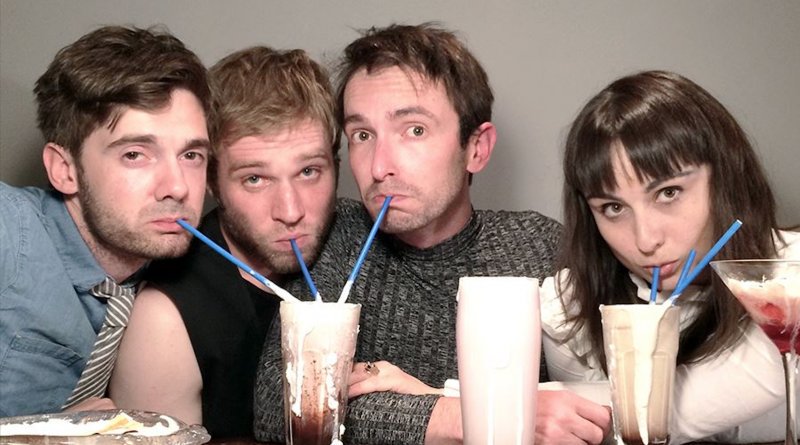 There are three key things you need to know about Hot Shorts:
1. They released a summer Christmas single (Sex Christmas) in August 2014
2. A Google image search for their band name, does not present any photos of them
3. Their latest single references hair loss, web forums & monetising blog content

They are also a four piece band from Manchester who have been releasing music since 2014. They've had an exciting couple of months; December saw them appearing at the Los Campesinos! Leeds all dayer, in January they recorded a 6 Music session with Marc Riley, in February we can only assume they took the month off and now here we are in March with their latest single 'metaphor for [something]' due for imminent release.

It's all you could ever want from a Hot Shorts song. Sardonic observations play out over a chugging Guided by Voices bassline, occasionally interupted by a well-timed outbreak of ba-ba-ba's, all building to beautifully unsystematic conclusion. Metaphor for [something] will be released on postcard and digital download on March 10th by Art is Hard Records.

On April 1st Hot Shorts will add Crumbs, Molar and Grotbag to the long-list of bands they've played with (Ezra Furman, Kiran Leonard, Trust Fund and The Lovely Eggs to name but a few) when they appear at Fuel in Manchester.